Big Brother Canada wrapped up its tenth season back in May of 2022 with a total of 69 days and 16 fresh new faces.

No confirmed date has been set, but casting for the 11th season closed on November 11th, 2022. According to the websites FAQ section, Big Brother Canada 11th season is tentatively scheduled to begin filming in February 2023 until May 2023.

Like previous season’s we expect the move in to flim towards the end of February (20th-26th) with the premiere possibly on Wednesday, March 1st which would align with most previous season’s. It’s also fun to note on Monday, February 27th will mark 10 years exact that Big Brother Canada premiered back in 2013.

Update – In a new promo released by Global TV, it’s been confirmed for a March release 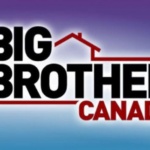