The official game for the reality super brand Big Brother is finally getting it’s own game after being in development for nearly three years.

Big Brother: The Game features all the psychological strategy, social dynamics and intrigue that has enthralled over 2 billion viewers globally with 7,000 Housemates over 480 series.

The Game was first announced by creators Ninth Impact a company based in Ireland in May of 2020 with a trial run in the developers country of Ireland during the summer which featured a grand prize of  €5,000 euros.

The game will launch on October 15th on Android and IOS devices for free with a cost to participate. Well the game have two separate modes Contestant and Spectator mode. Spectator mode is always free and Spectators can become Contestants at any time. Contestants must purchase a token to enter the Big Brother House and compete to win the life changing grand prize which is set at just $4.99 for three tokens where you will have the chance to create your own avatar.

Announced today is a mini BBCAN vs BBUS game which will also begin on the same day featuring 4 alumni from each Canada and the American versions of the popular reality show which will last from October 15th-18th where you will have a chance to watch, and see highlights available online.

Stay tuned for more exciting Big Brother: The Game and BBCAN VS USA player news available soon on their website 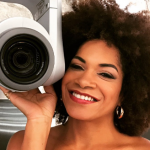