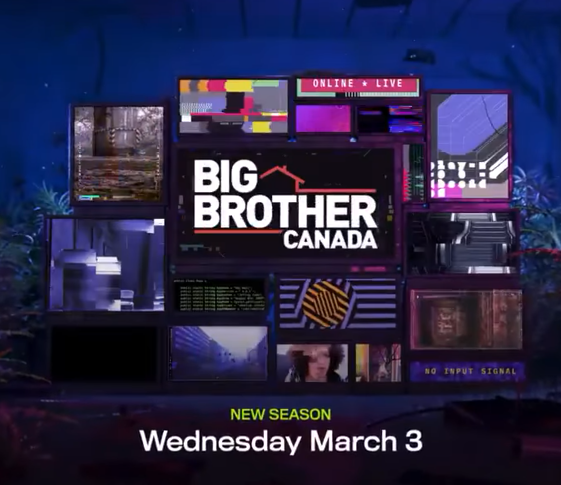 Nearly a year after Covid-19 shut season 8 down, it’s time for a new crop of houseguests to battle and emerge inside the Big Brother Canada house. As Global TV/Corus have announced 14 fresh faces that will be entering in the house

With a new era of Big Brother Canada comes a diverse cast of champions from all walks of life ready to take the stage. This season’s houseguests include a friendly Newfoundlander with a background in graphic design, a multifaceted police officer from Ontario, an Indigenous radio host from British Columbia, a fun-loving farm girl and homeless support worker from Alberta, a transgender social media influencer from British Columbia, a former competitive rugby and lacrosse player from Alberta, and more.

Full bios and houseguest videos can be found at here

For the first twist of the season, houseguests will be competing in two seprate teams and Canada is choosing the team captains! Starting today until Saturday, February 27, Canadians can vote as often as they’d like on BigBrotherCanada.ca for the two houseguests that they think should be named the team captains. On night one, the battle for Season 9 begins as the two chosen captains will each have the power to select teammates for their individual teams. For their efforts, the captains will be rewarded with safety from eviction for the first week. Watch the voting results play out during the premiere on Wednesday, March 3 at 7 p.m. ET/PT to see which houseguests will lead their team to victory…or defeat.

The official house tour will be Monday, March 1st at 7:30pm ET/PT on ET Canada

Future Twists We Would Like To See On Big Brother Canada