Today Corus entertainment announced their fall lineup, and some of the returning shows for the 2020/2021 television year. Noticeably absent during the announcement was Big Brother Canada.

In a statement released to us Big Brother Canada has been placed on hold for now because of uncertainty of another Covid-19 outbreak.

“We’re obviously big fans of the show but still waiting to see the impacts of COVID on our budgets. We will know more in a few months.” in a statement from Troy Reeb who is the Executive Vice President Broadcast Networks at Corus Entertainment

“producers haven’t made a call about whether it will be safe to bring back the housebound competition this year, but the show is a “priority program” for Global.” 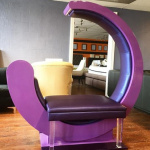 Copyright © 2019-2021 BigBrotherMaple. Not affiliated with Global TV, Insight Productions Strictly a fansite! All rights reserved Developed by Cody Fairley in partnership with BBCANNetwork…